Lucy McGehee was born in Tennessee on September 13, 1818.  The family was living in Lincoln County, Tennessee, and this was likely was the area where she was born.

Something I found very odd is that while Benjamine and Lucy married in August of 1836, the first child I have listed for them was not born until 1847.  His name is Benjamin F Campbell.   I have also never found Benjamin and Lucy on the 1840 census.  So, where they were from 1836 to 1850 and why there are no children born during that time, I do not know. 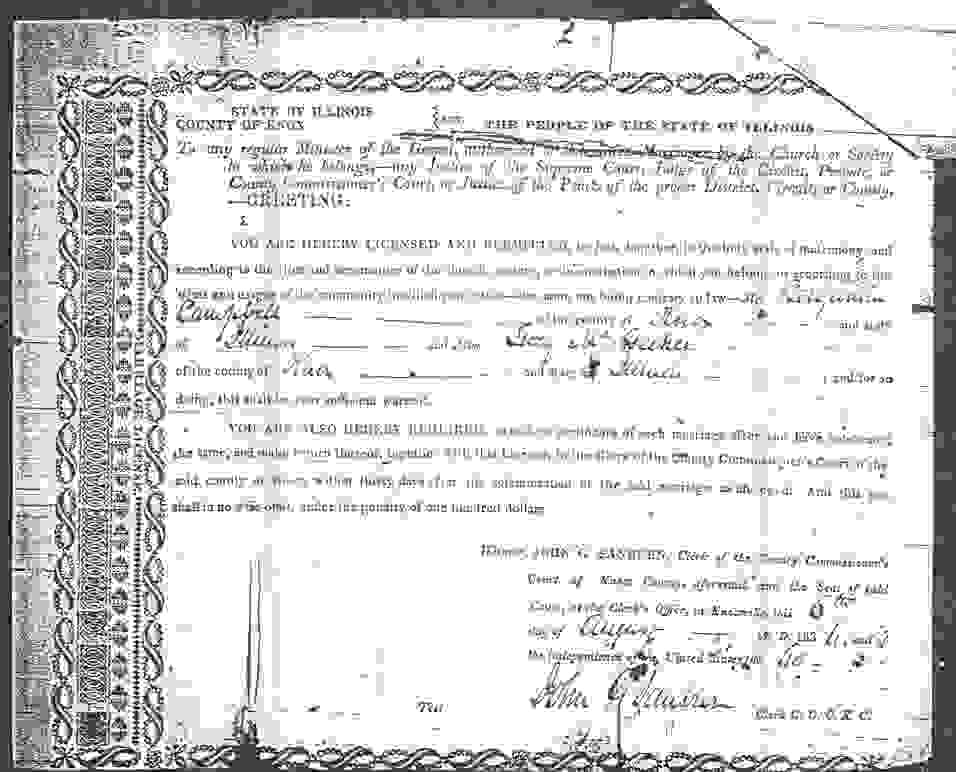 The children of Ben and Lucy

The children of Benjamin and Lucy, according to this 1870 census, are;

I know very little about the children of Ben and Lucy.  After her death, the family seems to have splintered some and gone in different directions.  It seems none of them stayed in the same locations, with Corning, Iowa being a short exception (if I have the correct people).  Researching them is difficult because of commonly used names and because there were many "Campbells" in the areas where they lived.

Benjamin Franklin Campbell, the eldest born in 1847, ended up in Meade County, South Dakota. However, I have not proven this yet, and there are some hurdles to jump over before its clear.  Some information looks promising, but there is other conflicting information.  This will have to be updated later.

I am a bit more confident that the second son, John W Campbell, is John Westley Campbell. He married Elizabeth McGuire and is buried in the Holy Sepulchre Cemetery in Omaha, Nebraska.  Still not wholly proven, but there is a great deal more circumstantial evidence for this, even stating he was born in Sheffield, Illinois, and married in Iowa co Iowa.  All of this information ties in well.

George W Campbell was most likely George William Campbell born January 11, 1857, in Sheffield, Illinois.  He married Mary Elma Lofland in Sullivan, Missouri, on February 27, 1878.   There is DNA evidence that links me to descendants of George William Campbell, along with other documents indicating the correct individual.  Some records indicate that George died in Polk County, Nebraska.

The name "Lucy" or "Lucinda"

The name "Lucy" and "Lucinda" is frequently used in the large group of McGehee family with which we share close DNA ties.  I have long believed that it may be a named passed down from an ancestor as yet undiscovered.  Another commonly used name is Elijah.

On Tuesday, May 18, 1875, Lucy McGehee Campbell passed away.  She had struggled for some time with "consumption of a slow type," according to her obituary.

I find it very comforting that again, according to her obituary, she specifically requested that her funeral sermon should be from the text "I have kept the faith."   This tells me two things.  First, she knew the bible.  Second, it tells me that her faith was in God, and that is the greatest of all blessings.

Click below to return to the list of the children of James and Jane McGehee, or navigate to the top of this page to choose from the drop-down menu.

Return to the Children of James and Jane McGehee